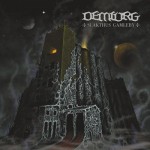 Life Is A Coma: “Pounding simplicity merged with some of the most beautiful female vocals. This anthem is a reflection over how feeble humanity has become, ultimately destroying everything needed for its own survival.”

Death Grasp Oblivion: “A dive into the depressed and desperate mind. What else to wish for when you’re at the bottom, but a swift painless death. Enter oblivion while twitching along to some midpaced oldschool brutality with surprsingly good hooks.”

Travellers Of The Vortex: “To a deathly doom setting the rift is opened, the sheer heaviness of this song is conjuring a gateway for those who dwell beyond. Get ready to meet your new masters, and they’re not overly friendly either.”

The Cold Hand Of Death: “Again you’re at the utter floor of the world, dug down so deep in filth and self pity that death seems like an old friend. And what’s better than to have an old friend come visit bringing some sludgy crusty groovy and filthy music with him.”

Cold Skin: “Based on the book with same name by the author Albert Sanchez Pinol. The setting is a remote and tiny island, you’re there for reasons of your own. The only other resident is a mad beacon watcher. Or is it? At night they emerge from the cold sea… And they don’t seem very friendly do they?”

From Laughter To Retching: “What’s the point of it all you say, is there any at all? We don’t think so. Prepare for the inevitable and meaningless end of your useless existence. While at it you might as well use this as a soundtrack, its catchy yet brutal, just like the exiting from life should be.”

Slakthus Gamleby: “A tapestry of bleak lives and haunted places, the utter end of the world. This place is old and grim. Let the sheer weight of this place crush you, with the help of ten tons of pure death metal the simple way.”

World Burial: “Another gem based on a book, this time Fjärlien Från Tibet (The Butterfly From Tibet) by author CJ Håkansson. When hell decides its time to enter the world there’s not much else you can do but suffer. Here you can suffer to the sound of Demiurg pounding out some total oldschool punishment.” 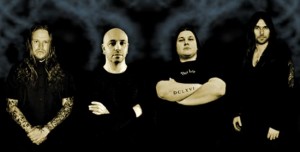